Today, “cheeky, smiley and caring” are how Harry’s parents describe their bright-eyed boy, who has come so far. Their joy, as he plays hide-and-seek with his two sisters Sophie and Matilda, is simply indescribable.

But unfortunately, Harry’s start in this world wasn’t smooth sailing. In his first weeks of life, when Sally would feed him, she noticed that his stomach would go rock hard, as if he couldn’t digest her milk. Harry also screamed constantly in pain.

Still, newborns are unsettled, so she was shocked to get eight missed calls from Harry’s paediatrician a few weeks in. He told Sally to come urgently for the results of Harry’s newborn heel prick test, which is a routine test carried out for rare genetic disorders. She knew it was serious when they requested that her husband, Matt, should come along to.

Later that day they were given the unexpected news - Harry had cystic fibrosis (CF), a chronic respiratory condition. Harry was only 20 days old.

“My first instinct was that there must be some mistake,” says Sally. But, sadly, there wasn’t. Harry had inherited one CF gene each from Sally and Matt.

They learnt that CF meant Harry produced thick secretions in his chest and gut. For the rest of his life, the sticky mucous would cause inflammation and create a perfect breeding ground for bacteria.

That year was so tough, with Harry needing three surgeries, four hospital admissions and even time in ICU for his CF.

But thanks to amazing people like you, from the very start, Sally and Matt knew the team at Sydney Children’s Hospital, Randwick would do whatever it took to help Harry stay well. 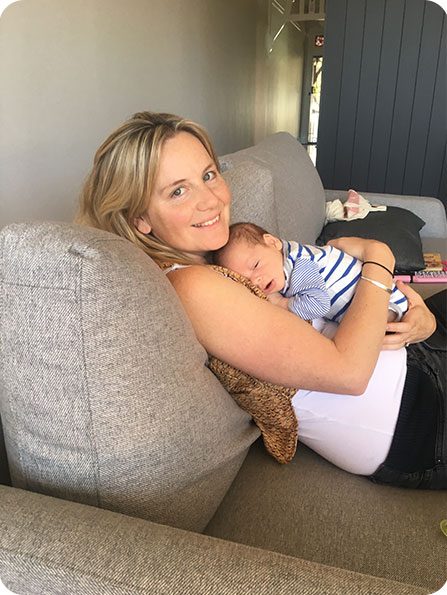 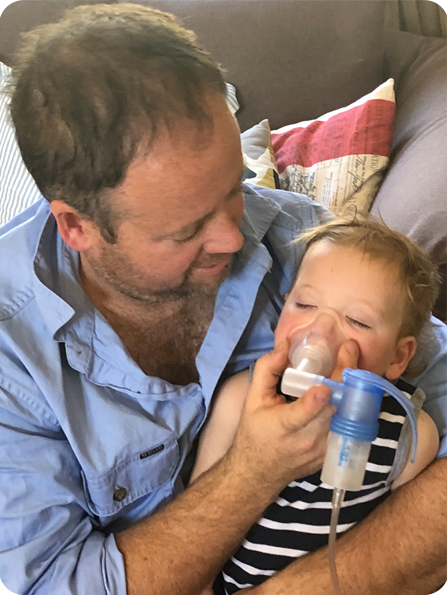 In those first tough months, every week for six weeks, Sally would bring Harry to the CF Clinic at Sydney Children’s Hospital, Randwick. There, Dr Sandra Chuang spent hours answering her questions and checking Harry’s growth and breathing.

Cystic fibrosis affects so many of Harry’s organs. It gave Sally and Matt great confidence that Harry was under the care of a multidisciplinary team with access to world-class equipment and treatment options.

And, recently, thanks to supporters like you, Harry was invited to join a clinical trial known as the miCF research project. Here, promising new treatments are tested against samples of Harry’s lung and gut cells, contained in a ‘mini-Avatar’. This basically means they have hundreds of little Harry’s in a petri dish forever! This research project is a game-changer for doctors, trying to ensure every unique CF patient gets the right treatment for their genetic makeup – there’s no one size fits all approach for patients living with CF.

Now three-years-old, CF still affects every part of Harry’s life. He takes medicine every time he eats and uses a nebuliser daily. Any sneeze in his direction can send him straight to hospital with a dangerous infection. But if there’s one positive to come out of COVID-19 it’s that people aren’t going out sick and spreading germs. Because of this, Harry’s had his best year yet

Sally and Matt are thrilled that Harry is thriving now. Thanks to the ongoing care and support the family continue to receive from the Hospital, there’s no reason why Harry can’t enjoy growing up being a kid first, and a CF patient second. 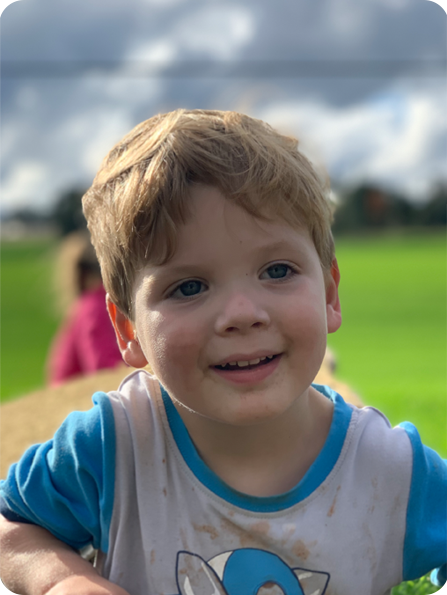